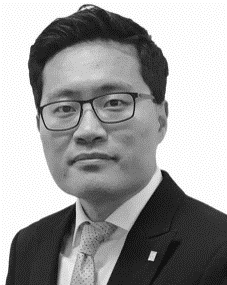 Zaiqian is an experienced finance professional, fluent in English, Mandarin and Cantonese with over 10 years’ experience in the mining industry. He previously held Executive Director and Chief Financial Officer roles at Focus Minerals Ltd (ASX: FML). Zaiqian is a Chartered Accountant with Chartered Accountants Australia and New Zealand, and a Chartered Secretary with the Governance Institute of Australia. He has a master’s degree in Accounting and Finance and an honour’s degree in Accounting for Management from Aston University in Birmingham, UK 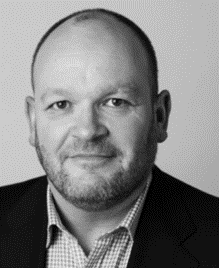 Marcus is a senior mining executive and economic geologist with over 30 years’ international experience, including 10 years exploring and developing bulk commodity projects in West Africa. Marcus is responsible for planning and overseeing Genmin’s exploration programs and technical studies at the Company’s iron ore projects in the Republic of Gabon, central West Africa.
Prior to joining Genmin, Marcus operated an independent mining consultancy for the past five years, specialising in technical studies, due diligence and operational reviews. Previously, he was Chief Operating Officer of Pan African Minerals Limited, a private company, which held large scale iron ore and manganese development assets in Côte d’Ivoire and Burkina Faso. Prior to that appointment, Marcus was General Manager - Geology and Exploration for the Tonkolili iron ore project in Sierra Leone, where he was a key contributor to the raising of more than US$3 billion in institutional and Chinese funding, to develop the asset. Terry is a senior mining executive with over 30 years’ international experience, including in the past 15 years, the management of preliminary feasibility and feasibility studies for minerals projects in Australia, Africa, England and Asia on both the owner’s and engineer’s teams. Terry has a Bachelor of Engineering (Mechanical) from the University of Western Australia and broad experience in the assessment and development of medium to large scale mining projects in iron ore, potash, gold, copper, nickel and mineral sands.
Terry is responsible for overseeing the preliminary feasibility study, and social and environmental impact studies for Genmin’s Baniaka Iron Ore Project (Baniaka) in the Republic of Gabon, central West Africa. He will also be responsible for finalising negotiations of Baniaka’s rail, port and power supply agreements.
Prior to joining Genmin, Terry held the position of Studies Manager - New Projects for Australian iron ore producer, Fortescue Metals Group (FMG). Before that and in iron ore, Terry was Studies Manager for Glencore/Xstrata, overseeing a preliminary feasibility study for a 15-18 million tonnes per annum magnetite concentrate mining operation at the El Aouj project (Mauritania) 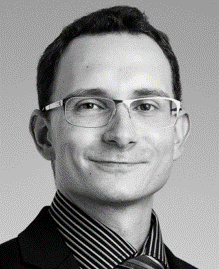 Mathieu is a geologist with over 10 years' experience in mineral exploration with a strong focus on mapping and GIS. Mathieu is responsible for the planning and implementation of Genmin's exploration programs at Company's projects.
Prior to joining Genmin, Mathieu was a consultant at SRK where he conducted regional to prospect-scale lithological and structural mapping for iron ore, base and precious metals in remote places of Africa (Gabon, Sierra Leone, Tanzania, Guinea and Mauritania), SE Asia (Indonesia, Malaysia) and South America. On several projects, Mathieu was responsible for drilling supervision and lithological/ structural drill core studies (Gabon, Guinea, Queensland, and Malaysia). Leonard was appointed Company Secretary on 8 April 2022. Leonard is a Chartered Accountant with more than
15 years' resources industry experience. He previously worked as an auditor at Deloitte and is experienced with public company responsibilities including ASX and ASIC compliance, corporate governance, statutory financial reporting and investor relations.