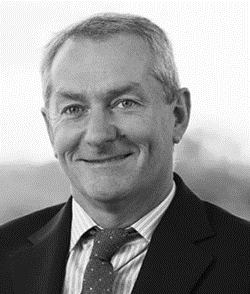 He has a Bachelor of Laws and Bachelor of Commerce, both from the University of New South Wales.
Mr Arnett is currently Chairman and Non-Executive Director of NRW Holdings Limited (ASX: NRW), a group of companies providing diversified services to the resources, civil infrastructure and urban development sectors. Mr Ariti is an experienced company director and mining executive with over 30 years’ experience in technical, management and executive roles including developing, managing and financing mining projects in Australia, Indonesia, PNG and the West Africa region.
He was a director of Australian iron ore producer Territory Resources Limited when it was taken over by Hong Kong based commodities trading company Noble Group. He was also a founding director of African Iron Limited, an entity developing iron ore assets in the Republic of Congo until March 2012 at which time it was taken over by Exxaro Resources Limited (Exxaro). 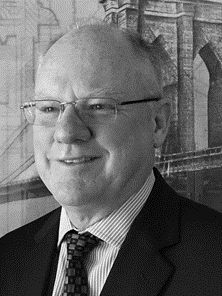 Mr van Rooyen is a South African national currently residing in South Africa. He has a degree in Mechanical Engineering and an MBA, both from the University of Pretoria, South Africa.
He spent most of his early career working in a wide variety of technical and senior managerial roles in the primary steel and stainless-steel industries. From 1997 he pursued a career in strategy and new business development with Kumba Resources Limited. In 2006, he joined Exxaro, a mining company listed on the Johannesburg Securities Exchange (JSE: EXX).
Mr van Rooyen was responsible for the acquisition and development of the Mayoko iron ore project in the Republic of Congo until 2013. He has extensive experience in new business development, project development and general management of operations. He has served as a director of several subsidiaries of Exxaro, both in South Africa and abroad. 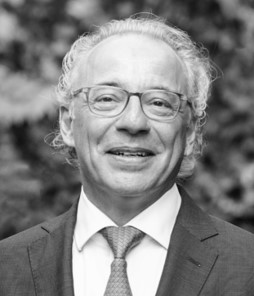 Mr Amico is a Belgium national currently residing in France. He has a degree in Metallurgical Engineering from Université de Mons, located in Belgium, and in 2003 completed the Advanced Management Programme at INSEAD, France.
Between 2013 and October 2018 he was the General Representative of Eramet (a global, diversified French mining and metallurgical group with its principal listing on the Paris stock exchange (ERA.PA)) in Gabon, resident in Libreville. Eramet (through its majority holding in COMILOG) owns the Moanda Deposits. Eramet is also the majority owner of SETRAG, the entity operating the Trans-Gabon Railway.
Amongst other responsibilities, whilst Mr Amico was the General Representative of Eramet in Gabon, he oversaw the final permitting and government negotiations, construction and commissioning of the EUR228 million COMILOG metallurgical plant, which value adds manganese ore to manganese metal and silica manganese.
Prior to 2013, Mr Amico held various roles at Eramet including Head of the Chemicals Business Unit based in Paris, CEO of the manganese salts and oxides business with production sites in the USA, China, Europe and Mexico, and two years as head of Guangxi Eramet Comilog Chemicals Ltd based in Shanghai, China. 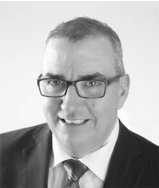 Mr Hodder is a founding principal of Tembo Capital, a mining private equity fund, which specialises in African and emerging markets. He has over 30 years’ experience in the resources industry. He initially worked as a geologist and then in project evaluation for both mineral and oil and gas companies. In 1995, Mr Hodder worked for an international finance corporation financing resources projects within emerging markets, where he gained skills in both project finance and private equity. After that he worked in the funds management industry within Australia where he was directly involved in investing in resources companies listed on the ASX.
Mr Hodder was appointed a Non-Executive Director of the Company on 22 May 2014, Non-Executive Chairman on 20 December 2018 and reverted to a Non-Executive Director on 10 March 2021.